Aug 24 Comments Off on Florida is Home to the Country’s Worst Drivers, Study Says 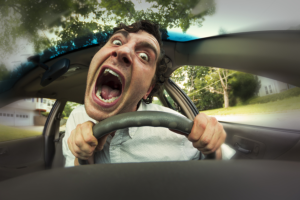 Florida has often found itself the brunt of many jokes about its drivers and it’s always been suspected to be a terrible state filled with bad drivers, but a study recently published confirms it: Florida is home to the worst drivers anywhere in the U.S. Personal finance tech company SmartAsset conducted a study that looked at four driver-related metrics and came to the conclusion as to which U.S. state is plagued by the worst driving conditions and drivers. Not too surprisingly, Florida was found to be teeming with terrible drivers.

According to the study, Floridians conducted online searches for “speeding tickets” and “traffic tickets” more often than any other state. Florida drivers are glaring uninsured with almost 1 in 4 drivers being on the road without any auto insurance coverage at all. Most terrifying is the finding that they are in more traffic-related deaths than nine of the top 25 states.

The Sunshine State earned the absolute lowest index score of any state nationwide, an aggregate indicator of comparatively devalued marks across all measured items. However, it has to be noted that Florida’s index score was greatly skewed to one side by a single metric: the number of Google searches of traffic accident-related phrases. Many factors could ave impacted this spike such as Miami, the state’s largest metro areas, and other big cities are so mobile friendly? To help generate a more fair and balanced report and to round out its assessment of driving dangers in the state of Florida, SmartAsset reviewed additional data on U.S. drivers- DUI arrest stats. Data provided by the National Highway Traffic Safety Administration, put Florida with 4.45 “driving under the influence” arrests for every 1,000 drivers. To put this into a national perspective the state of Vermont has 50.86 DUI arrests for every 1,000 drivers, and Delaware only had 0.29 arrests for every 1,000 drivers. It is believed that id-sharing services and public transportation are helping to keep the alcohol related arrests down in the sunshine state.

The famous nonprofit organization Mothers Against Drunk Driving (MADD) also concluded in a study that has shown ride-hailing apps to be “a powerful tool in reducing drunk driving.” The study, was mad public in print in January 2015, and it analyzed drivers in one of the largest and most populated counties in Florida- Miami-Dade County. Their study also found that ride share services such as Uber see a peak in riders at times that also correlate to the times when alcohol-related crashes are most consistently occur. This further helps show the power ride-hailing services and taxis can help keep the state with the most dangerous drivers a little bit safer.